A number of disability support provider organizations still get a little nervous when the topic turns to religion.  They accept government funding (read Medicaid waiver dollars) for the work they do, and they understand that to mean they must stay away from religion.  This point of view is very broadly accepted and it goes largely unchallenged.  It is also utterly unfounded.

While it is true that we live in a world of great sensitivity when it comes to the intersection of faith expression and tax dollars, American citizens have an expressed right to free expression of their faith – and nothing in their living situation, guardianship status, or disability changes that. Yet, it is a right that people seem to need to fight for continuously.  The American Civil Liberties Union (ACLU), admittedly better known for its work to prevent the government from promoting and funding selected religious activities, works just as diligently to defend individual expression and practice of faith.  In fact, here are over 100 examples of that.

Interdisciplinary teams are made up of smart, hard-working people and it’s hard to imagine that they spend time trying to figure out how to keep someone’s life artificially secular.  It is not hard to imagine that they routinely fail to struggle with the question, “How can we best support this person’s spiritual life?”  After all, they have lived in the separation myth for a long time.  There are many reasons why these teams should consider faith expression as equal in importance to dentist appointments and Special Olympics practice, but three broad reasons could be near the top of that list.

If you ever doubted just how much of an American cultural norm religious participation is, consider the current election process. Presidential candidates clamor to be known as people who treat faith seriously (however ridiculous their efforts to do so sometimes look to the rest of us).  They have a sense it’s important to people, and they’re right.

The US Religious Landscape Survey, part of the 2010 Pew Forum on Religion and Public Life , asked over 35,000 adults to indicate their religious affiliation (if any).  The “unaffiliated” number, while growing, is still only 16.1 percent of the total.  Those indicating a Christian denomination totaled 78.4 percent, while other religions combined accounted for 4.7 percent.  Given that religion is so common in the US, how do people with and without disabilities compare when it comes to the importance and practice of their spirituality? It turns out they are remarkably similar.

2. Faith communities have so much to offer

Professionals charged with the responsibility of coordinating the planning process should be thrilled with the prospect of faith community involvement.  Consider for a moment that, in nearly every community, there are rich social networks of presumably caring people offering low (or zero) cost activities and the promise of natural and authentic friendships in an integrated environment. These networks are faith communities and they are so promising that the Putting Faith to Work initiative is developing research and resources related to the role of faith communities in securing  employment for people with disabilities.

The “church and state” concern – in this case, anyway – is a distraction from the real issue.  This is not about church and state; rather, it is about the integrity of the supports.  Quality services and personal choice are the things at stake here. 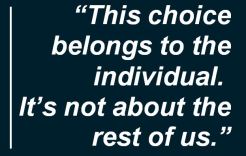 Since we as a human services system have decided to act in a truly person-centered (moving rapidly toward a person-directed) manner, supporting an individual’s culture and practices over and above those of a provider agency – should simply be a given. This choice belongs to the individual.  It’s not about the rest of us. And while we’re on the subject, Medicaid itself doesn’t belong to the providers either.  Medicaid (including its associated waiver programs) is an Entitlement program, but it entitles individuals, not organizations.  Individuals then use those dollars to purchase support services from a provider.  Perhaps if we clarify the intended relationship between the consumer and the provider organization they hire, the issue of personal choice will become clearer as well.

Beyond the basic issue of helping people get to the church, synagogue or mosque of their choosing, though, lies an even deeper issue.  Every day, people in the typically-abled population make major life decisions about their relationships, chosen vocation, service to others, etc., based on a set of deeply held personal values – very often spiritual values – nurtured and shared over time and in a common community.  People with disabilities deserve the same opportunity for self-discovery and lives of meaning.

3 thoughts on “God and the Group Home: Disability Support Providers and Religion”