Just about the time you think something bad has gone away for good, it makes a jarring comeback. I heard it again last week in a media report that an individual with a developmental disability was being questioned as a suspect in a theft. “He has a disability,” said the reporter, “Who, officials say, has a mental age of eight.”

In case you’re new to the world of developmental disability terminology, allow me explain. Years ago, it was common to hear people refer to an informal measurement called “mental age”, e.g., “He’s 40 years old, but he has the ‘mental age’ of an eight-year-old.” The concept of “mental age” has disappeared from the professional landscape for two fundamental reasons; 1) people with disabilities find it insulting, and 2) it is meaningless in telling us anything about a person’s capabilities or need for support. 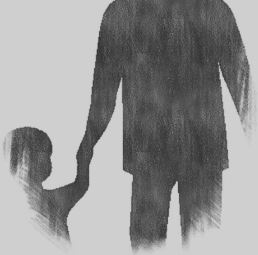 A strong contender for a third reason might be that we never use “mental age” to describe adults without disabilities (unless it is intended to insult them). For example, I am not particularly strong in the area of mathematics. I rely on computer programs to manage personal finances, I engage the services of other people to help with things like taxes and investments, and I use the calculator on my smartphone for even the most embarrassingly simple calculations. Yet, given all that, I am never described as having “the arithmetic age of a 10-year-old”.   That would be insulting, and it would tell you nothing of any value about me as a person.

Development and capability are complicated things. We acknowledge their value and we use developmental theory to guide both our thinking and our professional practices, but there are limits. Here is an exercise to help make the point. Picture in your mind a church, synagogue or mosque full of people you know (or, if that’s not possible, a group of friends, co-workers or family will do). Now, in your mind, arrange them in order from least capable or developed to most capable or developed. How successful were you? Chances are, you had a few questions. What developed or capable mean? That people are able to apply reason and make good decisions? Got good grades in school? Are skilled at their jobs? Can build and sustain relationships? Our attempts at ranking people are meaningless because the scale itself is vague and meaningless. In 2007, writer and advocate Mel Baggs wrote, “To say someone has the mind of a child because of a test score is like calling them a cat because they can’t fly. It’s nonsensical. It’s offensive.”

This is a people issue, and people are wonderfully complex. Seeing people with disabilities as somehow never fully grown is a stigma that has haunted our culture for too long. It robs people of their dignity and creates barriers that diminish us all. It’s time to retire Mental Age for good.